In November 2019, we had the honour and privilege of welcoming BAFTA award-winning sound recordist, Chris Watson, to Altrincham College.  As part of our Careers Programme, Chris delivered a fascinating talk on sound, sharing insights into his television work with Sir David Attenborough on programmes such as, ‘Frozen Planet,’ ‘Big Cats Diary,’ and ‘The Life of Birds’.

Chris explained to students that he is principally a wildlife sound recordist, however his work crosses other genres including film, music, radio and sound installations.

He shared many of his wildlife recordings, including a dawn chorus in ‘surround-sound’ and the roar of a lioness in the Masai Mara, captured in fixed-focus, close-up sound.  Students were amazed to hear a purring cheetah, a Madagascan hissing cockroach and the mating call of humpback whales – captured underwater, 30km away from the microphone!  Chris also opened our eyes (and ears) to the technical challenges of recording the sounds of animals in situ, such as when he had to place a microphone in the ribcage of a zebra’s carcass, in order to capture the sounds of vultures feeding on it.  You can listen to some of these sounds by clicking on the files at the bottom of this page!

Chris demonstrated some of the recording devices that he uses and explained about the mixing work that is involved in post-production.  Chris also took the time to answer  questions and speak with individual students about careers in the industry. 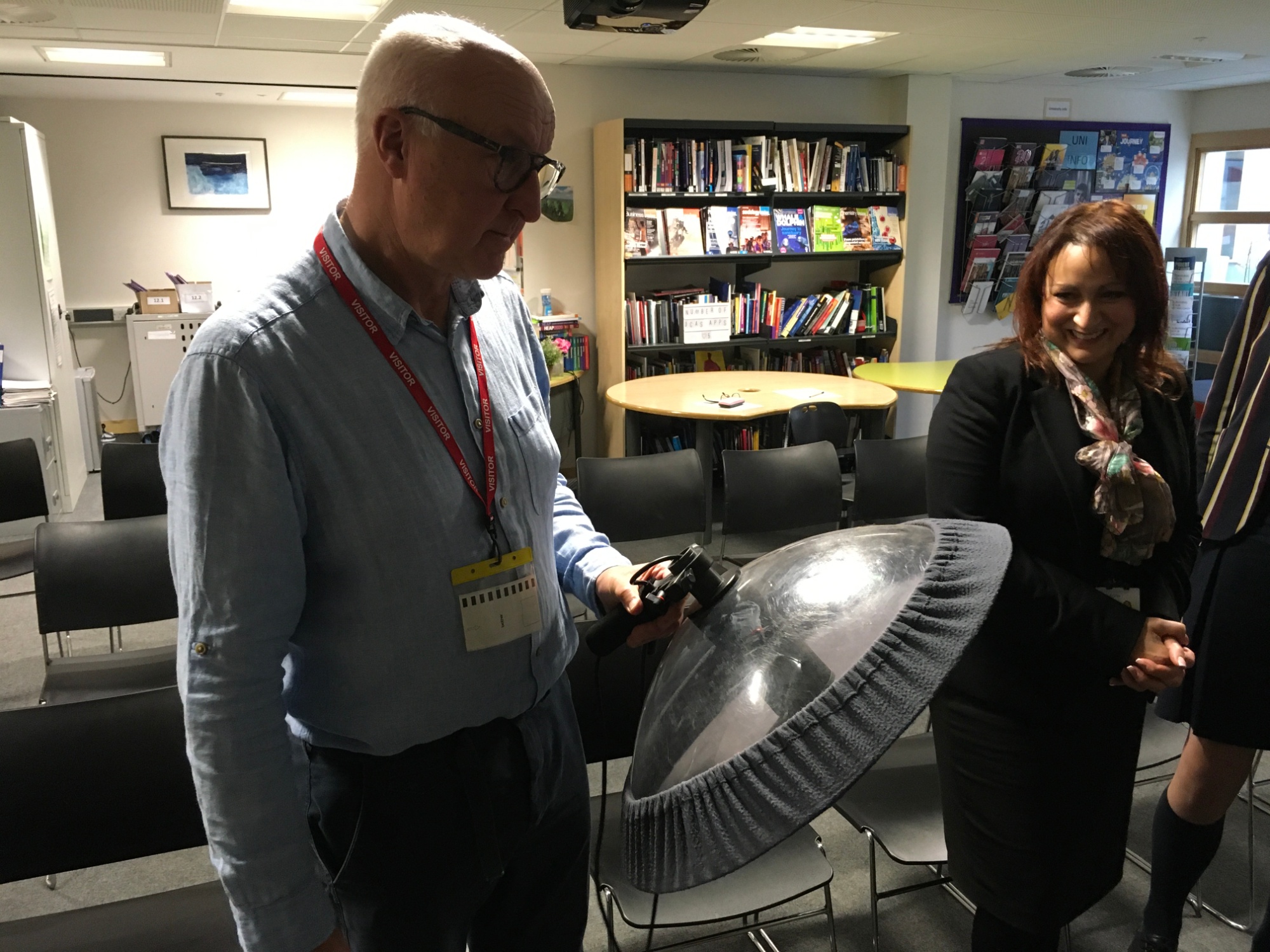 Look out for Chris’ name on the credits of the next Sir David Attenborough programme that you watch.  His current work with Sir David is a natural history series called, ‘Green Planet,’ which will hit our screens in about two years’ time.

Thank you Chris for taking time out of your busy schedule to visit us at Altrincham College and inspiring the next generation of sound recordists!